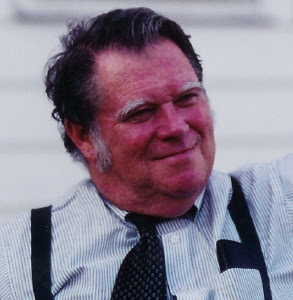 Seven years ago today, my teacher and friend, Wilson Carey McWilliams, passed away. I miss his gentle wisdom and bear hugs; his gravelly voice and uproarious stories; his invitations to sip bourbon as the sun descends toward ground.

We need his voice more than ever. Here is an excerpt from an essay entitled "Religion, Morality, and Public Life," re-published in the recent collection of Carey's essays The Democratic Soul. The essay was written in 1999, but still rings as true today as when it was written over a decade ago.

In contemporary practice, the moral picture is not entirely bleak. Despite much uneasiness and more posturing, there have been gains in the relations between the races and the genders, and many old abuses are now subject to sanction. And religion, if it needs saying, provides support for the decencies and for some sense of obligation. But the temple, if standing, is in need of repair, especially since so many of the institutional pillars of the Framers' moral design have been unsettled or pulled down.

That states and local governments are now held to the essentially secular standards of national law would inspire some sympathy among the Framers, although the Supreme Court's insistence on the "wall of separation"—rendered almost go labyrinthine by the Court's opinions--goes far beyond the understanding and practice of the founding generation.

It is a matter for greater concern that the institutions of civil society have been so thoroughly penetrated and reshaped—and often shattered—by economics, technology, and the "hidden curriculum" of the media. In the new order of things, indignity is commonplace: the media confront us with superstars, just as the market disproportionately rewards elites; by comparison, the intermediate dignities offered by local communities seem tawdry. This perception is strengthened by the fact that localities--and with them, a good many personal relationships--increasingly are exposed to mobility and change, transient connections to which we are apt to limit our liability.

Despite general prosperity, economics adds desperations, weakening our already slender resources of trust and moral community. Inequality is escalating, with the middle class recently losing ground to both rich and poor. The vogue of "outsourcing" and "downsizing" makes jobs feel insecure, even in good times. Responding in kind, Kristin Downey Grimsley reports, employees are becoming less loyal to the firm or to their fellows, resulting in a workplace that may be "leaner," but is surely "meaner."

It is hardly surprising, consequently, that so many Americans are hesitant or half-hearted about commitments, or that they seek solace in immediate or short-term gratifications, inclinations evident even in the seats of power. It is also understandable that we are tempted to treat market forces as if they were autonomous and irresistible, partly because doing so saves us from the burden of responsibility, allowing us a more or less guiltless pursuit of interests and enjoyments. But conceding sovereignty to the market leaves us only the consumer's passive freedom to make choices, rather than having a say in defining what is choice-worthy. All of these retreats from society, politics, and faith diminish us, so that more and more Americans seem to be looking, sometimes furiously and sometimes wistfully, for what is missing.

Recquiscat in pace, my friend.
Posted by Patrick Deneen at 6:44 AM No comments:

In the National Cathedral

On Sunday I was the invited speaker at the magnificent National Cathedral in a series devoted to the exploration of political themes. The subject was "The State of Political Language." The event was recorded, and is available here.
Posted by Patrick Deneen at 3:17 AM No comments: