Recently I've given a few talks at which I've discussed the basic rudiments of Hubbert's Peak, including the calculation of a number of leading geologists that we have already, or are currently on the verge of reaching, the worldwide peak of oil production, similar to what occurred in the United States in 1970/71. The first and immediate response of most listeners is to ask what we will use to replace these decreasing oil supplies. This response shows the depth of the problem we face.

For many, the instant response to the growing evidence that the era of cheap energy is over is to insist upon its replacement with something else. Anything short of that is simply unacceptable, even inconceivable. A few years ago, when I began reading and writing about this great challenge we face as a civilization, I assumed that if I - and many others - were able to show the evidence and implications of peak oil, that people would be awoken from their dogmatic slumber and we would at once begin to arrange that we live together more responsibly and demand that our leaders help us toward that end. What I find instead is the absolute demand that something else be found in order to ensure that nothing has to change. So fully defined are we by our profligate way of life that nothing short of its permanent continuation can be deemed acceptable.

I am asked: won't we simply have to produce more electricity?

I answer: doubtless. But where will it come from? We will be digging and burning more coal or digging and enriching more uranium. And, doubtless we will choose to remain oblivious to the costs of each in order to maintain our wasteful lives. We will, for instance, readily ignore the tremendous costs and dislocation that results from mountaintop removal. The electricity we will generate will provide power enough for innumerable distractions that will allow us to avoid acknowledging the harm and damage we are doing. Already we are entering an new era of soporific self-deception in which we call electricity (or better still, electric cars) "clean." 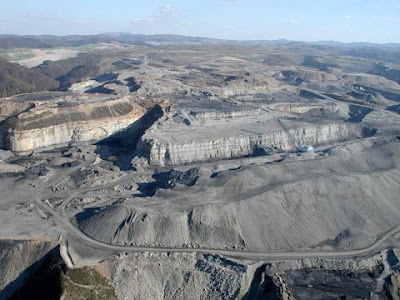 I am asked: won't we instead have to generate more electricity using uranium?

I answer: doubtless. But we will again ignore the costs upon local cultures that the ferocious race to extract ever-more valuable uranium from anywhere it can be found exacts. And we will again - as in the case of oil - seek to extract in full a non-renewable resource, leaving behind for our children a legacy of toxic and undisposable waste and a civilization that cannot be run on anything close to the order as we ran it.

I am asked: won't we instead have to seek unconventional sources of petroleum?

I answer: doubtless. We will extract everything we possibly can, even transforming the face of the earth into a living hell if it means we can continue to run a civilization of Dunkin Donuts, TGIFs and leaf blowers. 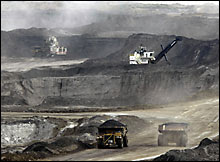 These immediate responses - the desperate wish to avoid, at all costs, the prospect of having to change our behavior - are the definite signs that we are not likely to change one iota until we have extracted every last possible form of energy that can be transformed into our active effort to control and master nature and to avoid the possibility of self-restraint. We do so thinking the alternative must be unthinkable, so awful and horrific to be unimaginable. A world built closer together, with greater stability of communities and requisite cooperation among neighbors in order to live, survive, and thrive, and absent the kinetic and kaleidoscopic activity of our age as well as the vast military empire needed to support and defend fuel supply lines - this is the prospect that we must avoid at all costs. We will accept ignorance of any atrocity we are committing in order to avoid an acceptance of limits, the forging of community and the reality of less. Of course, we only delay that day, and make it more likely that the transition to such a world will be violent, bloody and horrific. So long as we can power our IPODs just one more day... 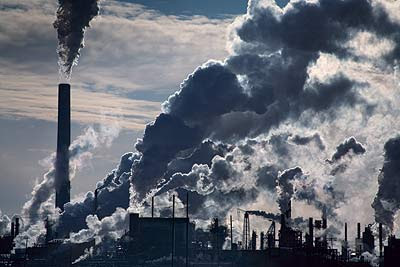 Posted by Patrick Deneen at 9:29 PM

This column is written by my kind of conservative, and there are others, but who in the political world represents us?

I suggest Professor Deenan should lead the way for us all in living with less and stop blogging and throw away his computer. In the meantime, I need to go outside and blow the leaves from the driveway.

Dale Nelson:
A growing number, methinks. A good number, and growing number, of social conservative admirers of Wendell Berry; a number of authors at I.S.I. Books; a growing number of Catholics who are discontent with the narrow focus on legal decisions and seek a renewal of culture. These are good places to look.

I really don't have anything to add; I fear that you're absolutely right. It strikes me that the current political wrangling over the "gas tax holiday" proposal is, writ very small, nevertheless a great example of what you talk about in this post. Clinton and McCain are trying to depict Obama as uncaring and unfeeling because he doesn't support suspending the federal gas tax this summer, to save Americans a few dollars at the pump - again, as you say, probably with the effect of enriching the oil companies and Middle Eastern countries we don't like very much. Tonight should, at least in part, read as a referendum on the extent to which voters in Indiana and North Carolina are buying the promise of any short-term relief, however costly, and to what extent Obama's (and many economists' and editorial staffs') cautions that such quick fixes won't do anything to address the underlying consumption problem have actually made an impression.

Here's a related question. I was telling my husband about some of your recent posts, and he posed the following: If we end up over the next few decades with extremely expensive transportation but still fairly cheap and accessible global communications (which to us looks like the most likely result of the coming energy crisis), what kind of a world will that be? How local will it be? How global?