1 : serving to preserve remembrance : commemorative
2 : of or relating to memory

From "The State of the Union Address," President James Earl Carter, 1980

...The overwhelming dependence of the Western democracies on oil supplies from the Middle East... demands the participation of all those who rely on oil from the Middle East and who are concerned with global peace and stability. And it demands consultation and close cooperation with countries in the area which might be threatened.

Meeting this challenge will take national will, diplomatic and political wisdom, economic sacrifice, and, of course, military capability. We must call on the best that is in us to preserve the security of this crucial region.

Let our position be absolutely clear: An attempt by any outside force to gain control of the Persian Gulf region will be regarded as an assault on the vital interests of the United States of America, and such an assault will be repelled by any means necessary, including military force.

Carter gives the so-called malaise speech, I think, in July '79. The Russians invade Afghanistan in December '79. Then comes Carter's State of the Union Address in January 1980 in which he, in a sense, recants, abandoning the argument of July and saying, by God, the Persian Gulf is of vital interest to the United States and we'll use any means necessary in order to prevent somebody else from controlling it. To put some teeth in this threat he creates the Rapid Deployment Joint Task Force, which sets in motion the militarization of U.S. policy that has continued ever since. So, July 1979 to January 1980, that's the pivotal moment that played such an important role in bringing us to where we are today. But of course we didn't understand that then -- certainly I didn't. In July 1979, Carter issued a prescient warning. We didn't want to listen. So we blew it.

Fast forward to 2006, and President Bush is telling us, thank you very much, that we're addicted to oil. I heard [House Minority Leader] Nancy Pelosi on the radio over the weekend saying that the Democrats now have a plan to make us energy independent by 2020. She's lying through her teeth. There's no way anybody can make us energy independent by then. We needed to start back in 1979, if not before. Even to achieve independence from Persian Gulf oil will be an enormously costly, painful process that none of the politicians in either party are willing to undertake. Gas is now roughly $3 a gallon. I heard some guy on a talk show the other day say: "Whaddya think we should do? I think we should all park our cars on the Interstate and stop traffic until the government does something." What does he actually want the government to do, I wondered? Conquer another country? 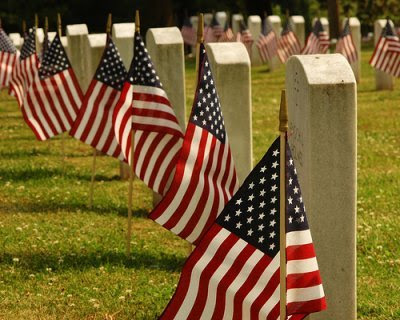 Thanks for the effort to recovery some of our national memory.

The Conservative Revolution of 1980 did not address petro-politics clearly and the US lost the momentum of the 1970s crises.

I look forward to a conservative movement that considers conservation as important as economic liberalization, cultural tradition and military might. Indeed, one that realized the related nature of these factors.

I thought you should see this:

Suggesting that we pay for our oil with less with blood and more with money (by taxing it to the point of making alternatives competitive) was good policy and bad politics in the 1970s, and remains that today. This is addiction, pure and simple. The only way out is to hit bottom. That is unpleasant, but there seems to be no alternative. Talk to some AA members.