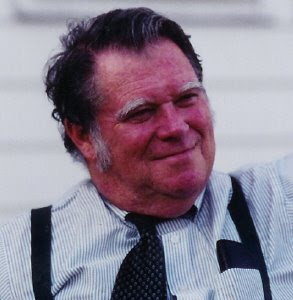 Two years ago today, March 29, 2005, my friend and teacher, the great Wilson Carey McWilliams, passed away.

Carey believed in the existence and persistence of the "alternative tradition" in America, and devoted his life's thought and writings to explicating and defending it. In his honor, I exerpt two passages from his writing - one that perhaps helps explain the contemporary animus against government, and a hopeful reflection that the truth of human equality will prevail.

"In the contemporary United States, repression is a much smaller danger to democratic liberty than fragmentation, privatization, and the conviction that collective action is hopeless. Linked by law - especially given the virtual incorporation of the Bill of Rights into the Fourteenth Amendment - and by the market forces associated with it, local communities are relatively open societies, often to the regret of their members. Meanwhile, the diversity of the nation as a whole is increasing in startling ways: even Madison might be taken aback by the incoherence of present-day majorities. The scale of life and the pace of change, moreover, leave increasing numbers of Americans baffled and feeling powerless, in a situation that is broadly paranoid. The opinion that economics and technology are fundamentally ungovernable is paralleled, among a substantial fraction of the public, by the conviction that our lives are being scripted by hidden powers and conspiracies. And there is something to the common denominator in the wish - reflected in movies like Independence Day - for someone to 'take charge,' even at great cost. Too many Americans 'hate politics' because they have lost faith in democratic institutions and forms."

W. Carey McWilliams, "Community and its Discontents," in Autonomy and Order: A Communitarian Anthology.

"Our religious heritage teaches equality in a different sense [than liberalism]. It insists that our equal human nature, considered in the whole of which humanity is a part, is the supremely important human fact, and it teaches equality in our feelings as well as our conduct. 'Thou shalt not harden thy heart,' Deuteronomy enacts, 'nor shut thine hand from thy poor brother.' Generosity is not enough: we are commanded to give gladly, and without the secret aim of establishing supremacy by beneficence.

"This religious view is rooted in the ancient understanding that equality is an end, the goal of all justice. To those who are truly devoted to God's purposes and the ends of nature, it is no offense to ask human beings to receive the same 'pay' for different 'work.' The realization of our humanity is enough, a proper limit to ambition (even if not all human beings, or even a majority, ever attain it), just as in a good city no man asks to be more than a citizen or is content with less. Equality and good faith are twins, and both were present at the founding of the Republic. They are difficult teachings, yet even if obscured by individualism and neglected amid abundance, they are among the qualities, 'somehow more divine,' which never lose the capacity to draw humankind."

I raise a glass to Carey today - as he would wish - and would wish all of his friends, and friends unknown to him, to join me.
Posted by Patrick Deneen at 12:26 AM

A fine memorial post, Patrick. I love the quote from the communitarian anthology; it's one I've used before, and will likely use often in the future.

Interesting debate your comments about the Charlottesville conference have kicked off amongst some of the paleoconservatives and libertarians present. Obviously they have good arguments on their side, but they'd also all benefit from being more familiar with McWilliams, and his deep commitment to politics as not just a way of keeping in mind principles pertaining to local freedoms and goods, but also those pertaining to equality and social justice. He was, unfortunately, very much like one of a kind.

I certainly raise my glass. Make mine a bourbon manhattan on the rocks, which his father drank because H.L. Mencken did.

I got to know Carey (who told me about the bourbon manhattan patrilineage) when I was researching his father's life and work. His help meant a lot to me. I also attended the APSA session commemorating him. Thanks for that--and this post.

Thanks Russell and Peter. As to Peter's correct observation that Carey would be lifting a glass of bourbon manhattan on rocks, it's necessary to recall Carey's inevitable answer to the bartender's question of what kind of bourbon he would prefer: "brown."